On 29 June 2020, British Parliamentarians in both Houses called upon the UK Government to call the atrocities perpetrated against the Uighur Muslims genocide.

The urgent call for action follows a newly published report of Prof Adrian Zenz finding that Uighur Muslim women have been subjected to forced sterilisations and forced abortions.

The report finds, among others, that:

“Natural population growth in Xinjiang has declined dramatically; growth rates fell by 84% in the two largest Uyghur prefectures between 2015 and 2018, and declined further in 2019. For 2020, one Uyghur region set an unprecedented near-zero population growth target.”

The research suggests that “Documents from 2019 reveal plans for a campaign of mass female sterilization in rural Uyghur regions, targeting 14 and 34% of all married women of childbearing age in two Uyghur counties that year. This project targeted all of southern Xinjiang, and continued in 2020 with increased funding.”

“By 2019, Xinjiang planned to subject at least 80% of women of childbearing age in the rural southern four minority prefectures to intrusive birth prevention surgeries (IUDs or sterilizations), with actual shares likely being much higher. In 2018, 80% of all new IUD placements in China were performed in Xinjiang, despite the fact that the region only makes up 1.8% of the nation’s population.”

The Coalition for Genocide Response is concerned that the evidence described by Adrian Zenz is suggestive of China ‘imposing measures intended to prevent births within the group’, which in itself is a genocidal method under the UN Convention on the Prevention and Punishment of the Crime of Genocide (Article II d).

In light of the additional evidence, British Parliamentarians have been calling upon the UK Government to:

Elsewhere, a group of senior legislators under the auspices of the Inter-Parliamentary Alliance on China (IPAC) launched a global campaign:

The Coalition for Genocide Response wishes to join the calls for an independent inquiry into the atrocities, the determination of the atrocities for what they are, and for justice for the victims and survivors. 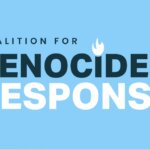 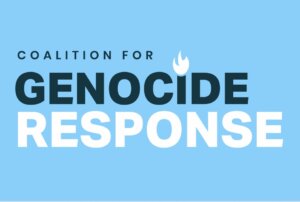 The Persecution Of The Uyghur Muslims In China – Where To Go To From Now? (Side event to the FoRB Ministerial)

This site uses Akismet to reduce spam. Learn how your comment data is processed.

The Persecution Of The Uyghur Muslims In China – Where To Go To From Now? (Side event to the FoRB Ministerial)